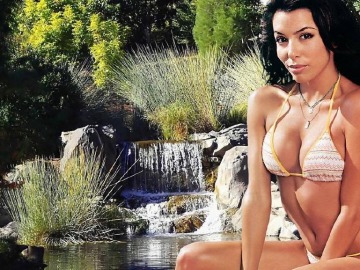 Eva Longoria is not interested in a Desperate Housewives reunion 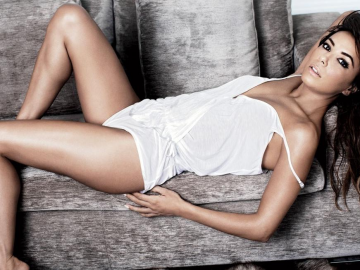 Eva Longoria has her fans excited with a photo from her "Low Riders" movie which suggests she will be playing a tough, gritty role, a departure from her glamour image. 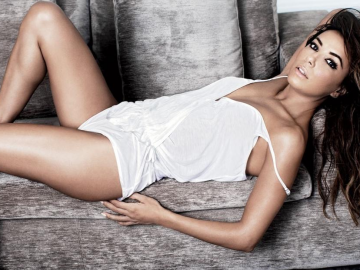 Eva Longoria ready to surprise fans with 'gritty role' in Low Riders movie
15th 六月 2015 @ 02:38pm
Eva Longoria has her fans excited with a photo from her "Low Riders" movie which suggests she will be playing a tough, gritty role, a departure from her ...

Eva Longoria on Cannes red carpet a win for L'Oreal Paris & new tv series
16th 五月 2015 @ 06:46am
Eva Longoria's spectacular Cannes appearance is stimulating much discussion about how she is creating interest in L'Oreal Paris and her upcoming project ...

Maiara Walsh says 'goodbye' to Disney image with 'bad girl' role in VANish
24th 二月 2015 @ 03:56am
Maiara Walsh accomplished her goal of shocking fans and entertainment observers with her gritty performance in the movie "VANish".

Telenovela star Eva Longoria shows off 'hot' legs in black tights at airport
19th 一月 2015 @ 07:56am
Eva Longoria was announced as the star of the new tv series "Telenovela" as fans await anxiously if she will have more 'news' to announce in her persona ...

Felicity Huffman 'rocks' black dress at 'Rudderless' premiere
17th 十月 2014 @ 05:43am
Actress Felicity Huffman made a stunning appearance at the premiere of "Rudderless" as she works to change her image from that of her "Desperate Housewi ...

Will Dana Delany give "Hand of God" edge in Amazon competition?
19th 八月 2014 @ 01:56pm
Dana Delany is part of the cast of "Hand of God", an Amazon production which means it needs fans to 'like it' immediately which is why her presence coul ...

Marcia Cross loves slower pace since end of "Desperate Housewives"
25th 四月 2014 @ 02:35am
Actress Marcia Cross is truly enjoying the slower pace that comes with not having a major role on a television series while raising her twin daughters

Nichole Hiltz might be the pleasant Hollywood surprise of 2014
4th 二月 2014 @ 05:13pm
Nichole Hiltz's return to acting will be a pleasant surprise to film producers